How To Get Rid Of Raccoons (Ultimate Guide)

Average raccoon has a body length of 35 to 70cm (14 to 28 inches), and weights between 5 to 26kg (11 to 57 lbs). It has a unique black shade around the eyes that makes it easily distinguishable. Their ears are rounded and their nose is pointy with white whiskers.

Raccoons are omnivores. They eat anything that is available to them including mice, rats, bird egss, fruits, vegetables, pet food and garbage.

Raccoons breed once a year. Mating season generally starts around December and can continue to June. Gestation period is about 2 months. Most litters are born in April and May but some raccoons can give birth during summer, typically until end of August. Average letter size is 3 to 5 young. It takes 4 weeks for the young to open their eyes and are weaned approximately 3 to 4 months of age.

Fact: During baby season raccoon males only get together with female raccoons to mate. They get kicked out of the den before babies are born. Male raccoons will kill any litter then come across including their own.

Raccoons are nocturnal but have been seen out during the day in areas with high competition. They like to nest in dry, warm and dark areas such as a hollow of a tree. In urban areas, it can be anywhere such as attics, chimneys and under decks/sheds. They get active by sundown and return to their den before sunrise. They are destructive animals by nature and can cause a lot of damage.

Raccoons can physically damage properties by tarring shingles on the roof, destroying soffits, removing and disturbing insulation in the attic and much more. There are also secondary damages such as animal waste, water leakage and mold.

There are many diseases associated with raccoons such as rabies which can be transmitted through a bite. Other important bacterial diseases which affect raccoons are leptospirosis, listeriosis, tetanus, and tularemia. A significant number of raccoons carry a roundworm, Baylisasaris procyonis, and shed it in their feces. This parasite can cause serious illness in humans.

In urban areas raccoons like to nest in attics, chimneys and under decks/sheds.

Start looking for evidence of entry/damage. Common areas are: shingles, roof vents, plumbing pipes, roofline, soffits, inside chimney and around the deck/shed.

During baby season, search the den site for possible babies. Inspect the immediate area for other damages such as chewed wiring, displaced insulation, waste contamination, etc.

There are few different removal methods available but not all are suitable in every situation. NOTE: During baby season (April – August), do not separate raccoon litter from the mother. Before removal either wait for the litter to become mobile (able to leave the den) or If you can access the litter, remove them physically and place in an insulated box right by the entry hole to be reunited with their mother. This will send a message that this den site is not safe anymore and will persuade the mother raccoon to relocate the babies to a secondary den within her territory. This will give them a chance to survive. If the litter is blocked and not removed, they can die within 3 to 5 days and there is a chance the mother will destroy another area to try and get back to her litter, causing more damage. Removing the litter and placing them in an insulated box doesn’t guarantee their safety either. They can die from exposure to cold/heat, being attacked by other predators or becoming abandoned totally.

Perhaps the best removal method for situations where raccoons have nested inside a structure such as an attic, chimney or under the deck. Totally humane and contactless removal method is preferred by pest control professionals. DO NOT INSTALL DURING BABY SEASON (unless babies don’t exist or have been removed physically). Removal via R108 one way door is quick. Typically raccoons are evicted within 24 to 48 hrs.

Trapping and relocation can be illegal in some states/territories. This method can be effective in situations where a one way door cannot be utilized. Trapping can work great if you have raccoons damaging your lawn or accidently left your garage door opened and few raccoons entered. Unfortunately it could take a long time to capture the raccoon(s) and difficult to target certain species. Homeowners often catch a skunk instead of a raccoon or vice-versa.

In rare cases, physical removal using a snare might be the best and fastest option. You can use this method if you have a raccoon that accidently got inside your home or business. You need to find the animal and get it outside asap. A snare can be used to achieve this goal. Snares might look inhumane but are actually the opposite. It keeps you away from the animal and keeps the animal safe while being transferred to a cage or released.

Raccoon being snared and removed from inside an apartment

Raccoons are opportunistic animals. They will try to get in from any area that provides an easy access point. It’s a good idea to protect these vulnerable areas to stop raccoons from getting back in. 16 gauge, 1”x1” steel mesh is the best material to use for this purpose. It’s easy to bend and cut and impossible for raccoons to chew or damage it if installed properly. 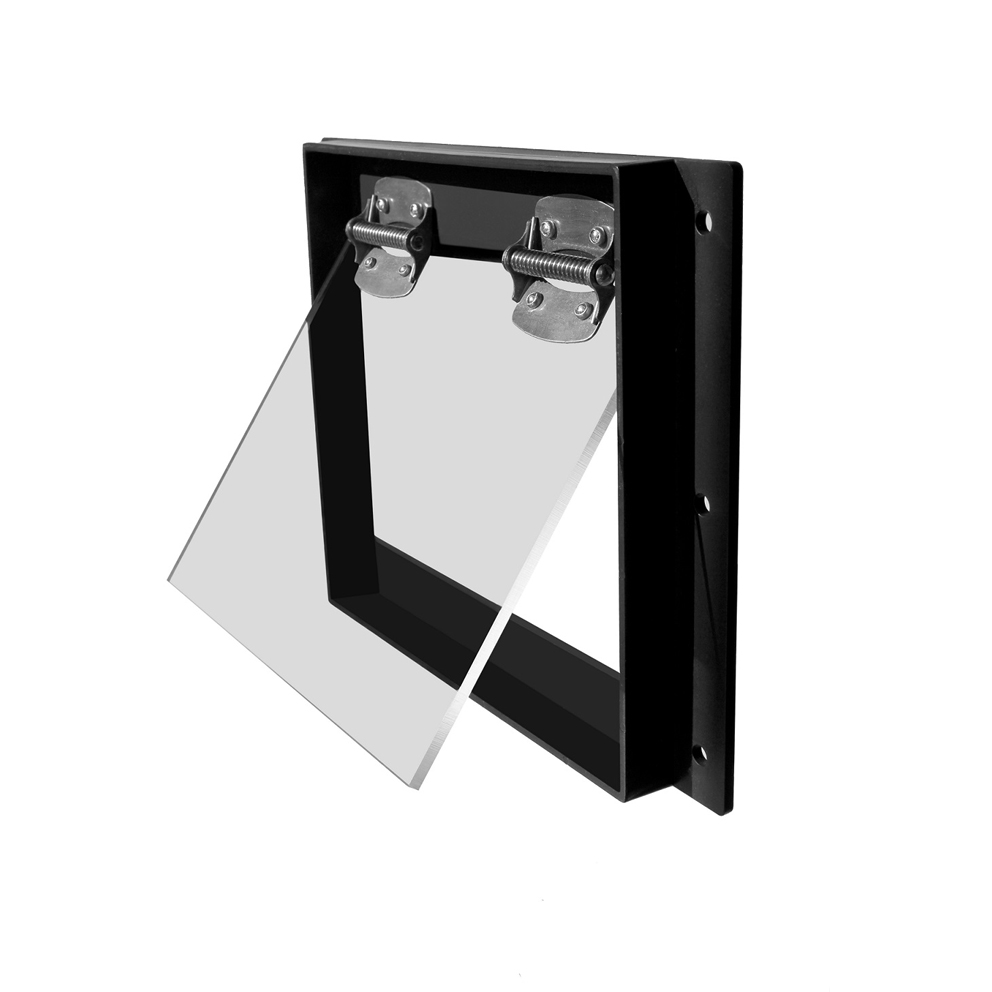